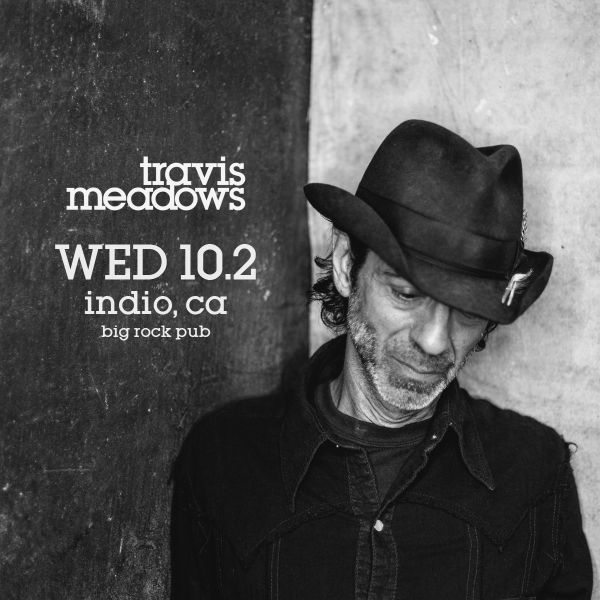 "Nashville's favorite underdog," according to Rolling Stone Country, is making a rare trip to Southern California, and his first stop will be the Big Rock stage.  Disciples have been dancing by Meadows’ fire for years. Eric Church, Dierks Bentley, Jake Owen, Mary Gauthier, Brandy Clark, Blackberry Smoke, Hank Williams, Jr., Wynonna Judd, Randy Houser, and others began writing with, recording, and praising Meadows as soon as they have recorded his work. Songs such as "Better Boat," released by Kenny Chesney, “Riser,” the title track for Bentley’s 2015 album; Church’s “Knives of New Orleans” and “Dark Side”; and Owen’s “What We Ain’t Got” are all Meadows-penned chart-climbers.

A Travis Meadows show is more than a showcase of brilliantly written songs, it is an indelible experience.  Do not come to this show unless you want his musical footprint left on your soul.  Those of us who have experienced this, are better for it.

This will be an intimate, acoustic performance. 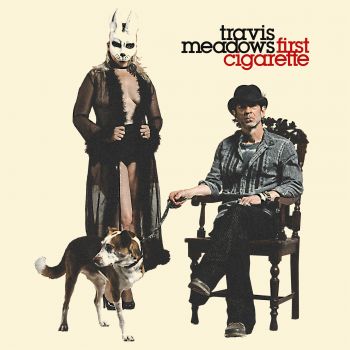 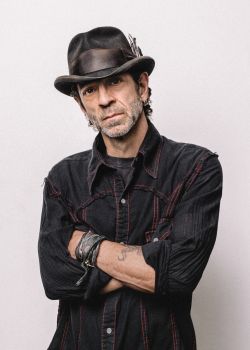 Travis Meadows spent years trying to escape himself. He’s anything but selfish, so he’d find a way to get away––a bottle, a bag, a sermon––and he’d share it with everyone. That was then. Now, Meadows isn’t trying to get anybody lost or high. Instead, he’s trying to get every single one of us to settle in deeply to ourselves––and love what’s there.

“I feel like what I’m doing is giving people permission to be okay with who they are, where they’re at now,” Meadows says. “A lot of us say stuff like, ‘If I’d been married to this guy or this girl, or if I had enough money, or if I had a better job. If I wasn’t an alcoholic, or if I drank more. If this, if that, then, I think I could be a better person.’” He pauses. “I think the key to life is being okay with who you are.”

Meadows isn’t just waxing poetic about the perks of self-acceptance. The 52-year-old has clawed his way to the peace he’s found, and his willingness to map that journey through his songs has saved more lives than his own. On his anxiously awaited new album First Cigarette, Meadows proves once again that when he sings the truth he’s living, he can set us all free. “I’ve always put secrets in my records, but I had this ring of fire that nobody could get in––a defense mechanism from my childhood. Nobody gets too close,” he says. “I think this record is a way of me letting people in a little more, inside the ring of fire.”

Disciples have been dancing by Meadows’ fire for years. Eric Church, Dierks Bentley, Jake Owen, Mary Gauthier, Brandy Clark, Blackberry Smoke, Hank Williams, Jr., Wynonna Judd, Randy Houser, and others began writing with, recording, and praising Meadows as soon as they heard his work. Songs such as “Riser,” the title track for Bentley’s 2015 album; Church’s “Knives of New Orleans” and “Dark Side”; and Owen’s “What We Ain’t Got” are all Meadows-penned chart-climbers.

Much of the attention began in 2010, when Meadows self-released Killin’ Uncle Buzzy, a raw masterpiece that left listeners stunned. “I was in rehab, and one of my counselors suggested that I keep a journal, so I basically made a record out of that journal,” Meadows says. It became an unlikely phenomenon, handed from friend to friend and artist to artist with whispers of, Listen. It’s the best thing you’ll hear all year. In 2013, Meadows followed Killin’ Uncle Buzzy with the acclaimed Old Ghosts and Unfinished Business. “On Killin’ Uncle Buzzy, you’re listening to a guy trying to figure out how to get sober,” Meadows says. “Then two years later, I was sober, but I wasn’t that guy anymore. That’s what ‘Old Ghosts’ was––me just trying to move forward. I feel like this record is more accessible. People can listen and go, ‘Well, hell. I’ve done that, too.’”

An intimate record utilizing just Meadow’s blues-hewn voice and mostly acoustic guitar with pops of electric and other strings, First Cigarette is an intensely relatable meditation on love, acceptance, and redemption––an artistic and personal triumph, especially for a man whose early life was defined by loss and pain. At the age of two, Meadows watched his baby brother drown. When his parents divorced, he wound up living with his grandparents rather than either of his parents. “My dad went and got married and had a baby, and they were almost a normal family,” Meadows says. “And my mother also went and almost had a normal family, whatever that is.” His thick Mississippi accent makes the ‘r’ at the end of father and mother soft in his mouth. “I was over there with my grandparents like, ‘Well what the hell happened to me? Why am I not good enough to be part of that family?’ I carried that resentment for a long time.”

Adversity would remain a constant in Meadows’ youth. At the age of eleven, he began using drugs. At fourteen, he was diagnosed with cancer. He would go on to beat the disease, but not before it cost him his right leg from just below the knee. Meadows picked himself up and began playing drums––“They’d sneak me in the back door and I would play for people in bars”––but tired of lugging all that gear and picked up the harmonica. “I could put all my instruments in a Crown Royal bag, and I would sing and play the blues,” he says. Then, in his 20s, Meadows underwent another conversion: he became a Christian. He preached across the South and in 20-something countries for 17 years. “Preachers fall hard,” he says. “I had some questions I didn’t like the answers to. So I quit and went back to my old friend alcohol.”

First Cigarette benefits from all of the battles Meadows has lost and won, including his now seven years––and counting––of sobriety. Album opener “Sideways” is a gut punch. A blend of confession and advice, the song explores what happens when emotion is stifled. Meadows wrote “Sideways” after performing and speaking at an adolescent addiction treatment center. He asked the kids there, all younger than 18, if anyone wanted to share their story. A girl raised her hand, spoke, and broke Meadows’ heart. “She floored me,” he says. “I said, ‘Well, I’d want to get high too. How did that make you feel?’ One tear came down her cheek. She rubbed it away and said, ‘I don’t feel nothin’.’ One of the counselors and I were talking later. If the only tool you have is a hammer, you’re going to treat everything in your life like a nail.”

“Pray for Jungleland” channels Bruce Springsteen as it celebrates him, nostalgic for love at eighteen and a world that revolves around Friday night. Written with Drew Kennedy, the song is the first of several on the album that capture youth with misty-eyed levity––a departure from Uncle Buzzy that Meadows is clearly enjoying. “McDowell Road” serves as a thematic bookend for “Jungleland,” while the slow-building “Pontiac” offers anchoring advice and warm memories as hopes for young hearts.

A standout on an album stacked with gems, “First Cigarette” features searing vocals that shift back and forth between defiant muscle and naked delicacy. “I am little more content, I am little more content with who I am than who I was,” Meadows sings. “I have learned to love the comfort when it comes, like the first cigarette the morning buzz.” Written with Connie Harrington, “Hungry” showcases Meadows’ unique ability to haunt and soothe at the same time. “Hunger is the thing that motivates us to get up and try again,” he says. “I pray that I never lose that hunger.” The gorgeous “Better Boat” takes another moving look at Meadows’ hard-won contentment.

“Life can be a little challenging for all of us. It’s beautiful and it’s tragic, it’s awesome and it hurts,” Meadows says. “I hope people sense that through this record and want to come to a show, which is a lot of storytelling, a lot of tears, a lot of laughter. They’ll come face to face with a damn lot of humanity. I hope they see themselves in it.”

This is going to be an intimate, acoustic performance. 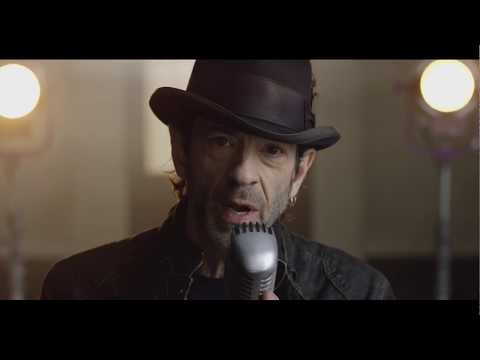 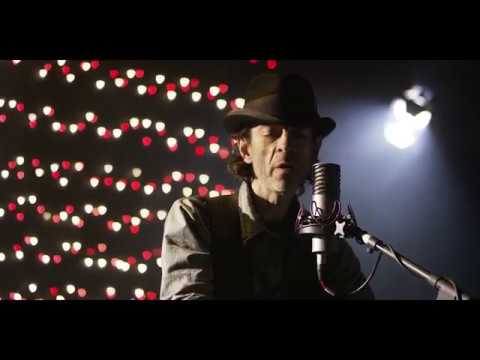 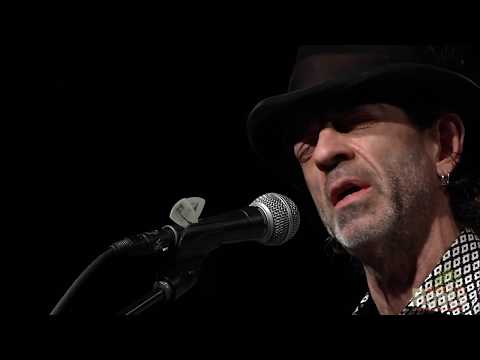